Learn about the future of your work and your life!

Futurist-technologist-entrepreneur Byron Reese is a lover of technology and history, which may sound strange. But he truly appreciates how the past and the future are deeply connected, and that if we don’t look back, we will have a much harder time appreciating where we are going as we move forward, ever faster and faster...something he examines in his new book, “The Fourth Age: Smart Robots, Conscious Computers & The Future of Humanity.” Listen, learn, share! 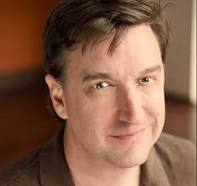 Byron shares how he became inspired by the future

The creator of Star Trek, Gene Roddenberry, said that in the future, “There would be no hunger, there would be no greed, and all the children will know how to read.” This quote gnawed at Byron, and he wondered if it was true. Or did it just sound true because it rhymed? He decided to try to figure it out, which is how he became a futurist.

“The biggest problems of tomorrow will not be a lack of jobs but a shortage of humans to take advantage of all of the opportunities technology will offer.” --Byron

I know you will love our conversation and perhaps will begin to wonder yourself about what the future holds for us all. What's coming next? With AI, machine learning, robots, autonomous vehicles, blockchain, Internet of Things, and all the changes coming in the way the different generations and cultures think, we have a lot to enjoy—if you, like me, enjoy change and helping others embrace it. And if you do not like change, hang on! You may be forced to adapt in the years to come, like it or not.

Some background on Byron

For 20 years, Byron Reese has been building and running internet and software companies. He has obtained or has pending patents in disciplines as varied as crowdsourcing, content creation and psychographics. Of the five companies he either started or joined early, two went public, two were sold, and one resulted in a merger.

Credited with “quietly pioneering a new breed of media company,” Reese is the former CEO of Hot Data (sold to Pitney Bowes) as well as PageWise (sold to Demand Media). He is currently the CEO & publisher of Gigaom.

Byron currently hosts the Voices in AI podcast, gives Talks on Tomorrow and has a highly informative and thought-provoking blog. He's also given a TEDx Talk ("Achieving Greatness Is A Choice") which you can access here. You can follow Byron on Twitter at @byronreese.

To learn more about what's coming, we recomend these blogs, podcasts, white paper and webinar: