086: Nigel Parker—How To Turn A Great Idea Into A Successful Business

086: Nigel Parker—How To Turn A Great Idea Into A Successful Business

Listen now as Nigel Parker teaches us how to move from concept to creating a business!

What's the secret to business success? Identifying a need, then coming up with an innovative solution that answers that need (that no one else has thought of yet). That's exactly what my guest today, Nigel Parker, did. Nigel's cousin Colleen, a neonatal nurse, realized that there was a way to heal bed sores by circulating air over the wounds. Nigel used his engineering background to found RashEndZ™ Inc., the maker of REZair™, a brand of skin aeration devices for incontinent garments that maintain optimum skin health. If you're an entrepreneur with a great idea you want to get off the ground, don't miss this chance to learn from someone who's done it! Enjoy.

The problems: diaper rash in neonatal babies and bed sores in adult patients. The solution?
REZair™, a wellness and preventative therapy for diaper rash and adult incontinence, as well as a treatment for many severe skin wounds. The mission? To reduce suffering and improve the general wellness of millions of patients with incontinent-associated skin problems. 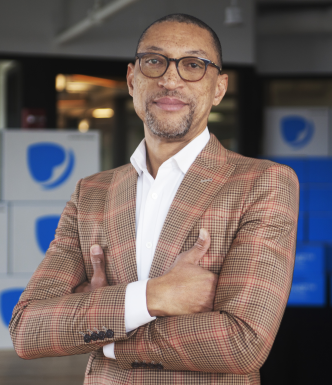 Nigel received his Bachelor of Science in Electronics Engineering from Widener University in 1985. He spent the next 17 years with Honeywell leading the development of numerous Guidance, Navigation and Control systems for space exploration and the military, including new technologies for the Space Shuttle. Nigel is most recognized for leading the NASA-Honeywell team that performed the world’s first automatic landing of a commercial 737 aircraft using GPS technology for primary guidance, an accomplishment noted by NASA as having changed the game for future GPS applications.

In 2007, Nigel launched his systems engineering consulting practice, designing system solutions for NASA, DoD, New York City and New Jersey Transit agencies, and commercial customers in several industries. In 2012, along with his cousin Colleen John, Nigel founded RashEndZ Inc. to develop a technological solution for diaper rashes in neonatal babies. That highly innovative work led to the transformative RashEndZ patent award in 2015, providing the world’s first total solution for the aeration and oxygenation of any wound on a patient’s body. Today, RashEndZ's Dynamic Oxygen Skin Therapy (DOST™) is the only wellness and preventative therapy for adult incontinence, as well as a treatment of many severe skin wounds.

In this podcast, Nigel and I talk about:

For more great entrepreneurial stories and advice, check out these blogs and podcasts:

Resources mentioned in this episode: